Fishing in the afternoon.
I arrived the river around 2:00pm
There was a strong wind from the northwest.
The water was slightly stained and the water currents were caused by the wind.
Good fishing conditions.

Cast Spiron2.8 / Nail rig.
I tried to get fish to bite by provoking a reaction bite but I couldn’t.
Fish didn’t respond to it.

I chose Bellows Stick3.8 / Neko rig.
It was really windy, I used spinning and changed the sinker from 0.9g to 1.8g.
I cast it and sensed a strike.Fish bit softly.
I gave the fish enough time to take the bait and then set the hook.
It was a big bass. I reeled and tried to get it but line broke!!

I was so disappointed but I put the feeling behind and moved on.
Winds were getting stronger but I fished the wind blown side.
I sensed a fish bit really softly.
I carefully reeled and was able to land it.
It was over 40cm long. 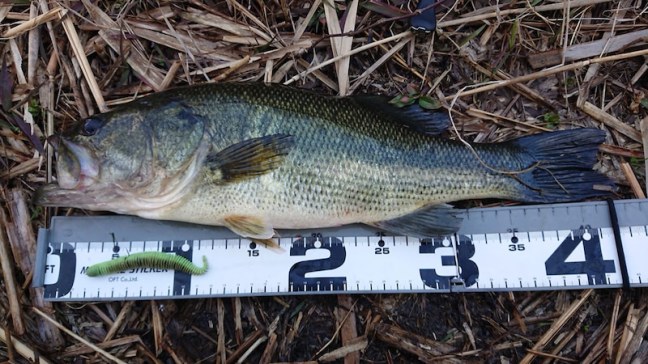 When you are fishing Neko rig around this time of the year,
it is important to give fish enough time to eat the bait. 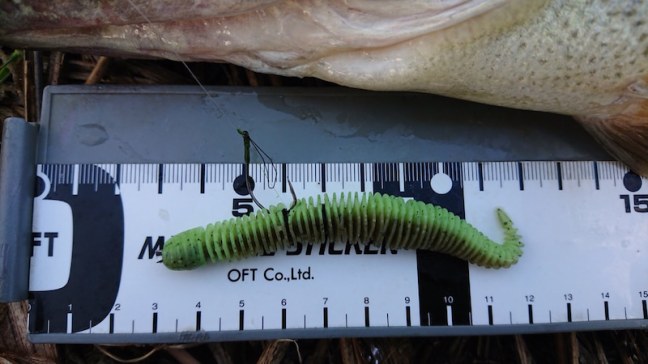